What is a Fahe?

The Importance of Clean Water 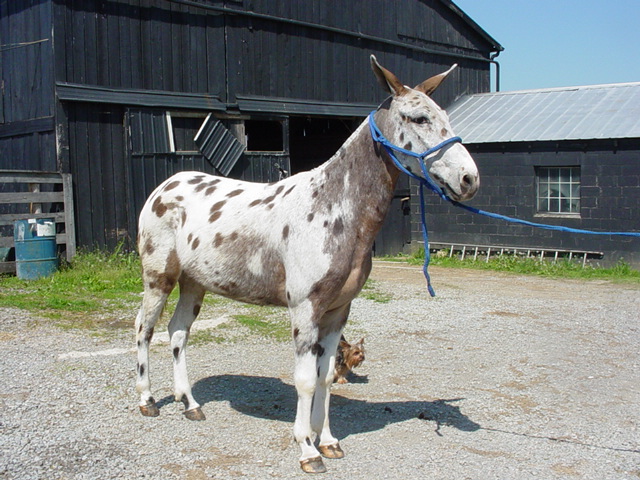 Our very own Solomon

“What is a Fahe?”  That’s a question we hear often and it’s not a question that has one simple answer.

However, Eric Haralson, Fahe’s VP of Community Lending and Appalachian resident, has always had a way with words and I wanted to provide his explanation of what Fahe is through a repurposed story that Eric frequently shares when asked.

Whenever I am in a meeting of folks outside of our membership or in another part of the country, it seems someone always asks, “What the heck is a Fahe?”  After I recite the standard answer involving the terms “CDFI, broken capital delivery system, etc.”, I can see by the glazed look that they still don’t get it.  So I’ll try again this way.  It is best delivered vocally with a little mountain dialect and while wearing a hat.

What is a Fahe?

Now, for you flatlanders, that means that we have places up in the hills you just can’t get to from here.  For example, there’s Scratch Ankle Hollow.  Now I doubt any of you have heard of Scratch Ankle Hollow, much less know how to get there, right?  Well, you go up to Plum Nelly (you DO know where that is, don’t you?  Why, its plumb out of Tennessee, and nelly out of Kentucky!).  Well, sir, you go up to Plumb Nelly, then up Wampus Creek Road to Bear Wallow, then over the Cobbly Knobs down to Yellow Britches Flats.  Then look up to your right, and there’s Scratch Ankle Hollow.  Now it don’t look it from the path, but there are a right smart number of folks up there.

Now, maybe because the folks up in those hills are so independent, they do tend to have their fair share of arguments and disputes.  And because it is so hard to get down to the big cities like Oneida or Harlan, where there are lawyers and courts and such, they tend to come to rely on someone locally who has developed a reputation for making fair and impartial decisions to settle matters.  And after a while, those decisions become sort of the law.  Matter of fact, there is such a person up there in Scratch Ankle.  Ole Clem.  Now he ain’t much to look at – he’s short and bald and has a pot belly, but his eyes twinkle when he’s telling stories or playing pranks on his friends (both of which he loves to do) – but, why, he’s developed a reputation of being pretty nearly as wise as Solomon. For example, one fine old spring day ol’ Clem was riding somewhere on his mule.  He didn’t much care where he was going; he knew the mule knew where HE was going.  The sun was beaming down, the redbuds were bustin’ out and the dogwoods were following right behind, and ole Clem had his eyes closed – called it meditatin’ if anyone was to ask.  Well, someone hollered at ole Clem, and he opened his eyes and saw that mule had brought him up next to ole Elmer’s barn.  Now that barn had at one time been both plumb and red, but both characteristics had departed some time ago.  And next to the barn was a corral, and in the corral there was seventeen mules.  And around the corral there was a crowd of folks, and Clem could tell from the discombobulated looks on their faces they was a wrestling with some weighty matter.  So he nudged his mule over and asked, “What can I do for you, folks?”  And the feller that had hailed him answered.   “Clem, I hate to tell you, but ole Elmer has died.”

Now, ole Clem, being the sage that he was, immediately perceived the problem.  No matter how you sliced it up, there were going to be two unhappy boys – or one very unhappy mule.  So he slid off that mule and commenced to ponderin’.   Shortly a twinkle gleamed in his eye and he began to smile.

“Here,” he said to that youngest boy, handing him the reigns to his mule.  “You put my mule in with yours, and we will commence to drawing.  But there is one condition – my mule goes last.”

Well, the crowd was a little disconcerted to think ole Clem was going to give up his mule to settle the matter, but the three boys, well, they was pretty happy because they could see they were going to increase their wealth a mite.

So that boy put the mule in the corral and they commenced to draw.  That oldest boy, he took his half, or nine, of the

eighteen mules, and that middle boy, he took his third, or six mules, and that youngest boy he took his ninth, or 2 mules.  But, wait a second, help me cipher a bit – nine plus six plus two is, well, 17!  And about this time ole Clem says, “Well, I think I’ll take my mule and be on my way.”  And he did and he was.

Now Fahe is a little like Clem in this story.  Not that we are wise like Solomon, but we’ve learned that the best solution to a problem in these hills is often a local one.  And because resources are often scarce, sometimes someone has to bring in that extra mule to make things happen.  It might be capital, a loan, or expertise in design or structure, or someone who knows how and where to get a grant, or maybe to service a portfolio of loans.  But we can make it happen.  And like Clem, we like to get our mule back, and some boot, too, but sometimes we know we will have to leave our mule behind.