The Potential of the Bipartisan Infrastructure Legislation for the Fahe Network

The HOME Investment Partnership Program Offers Families a Down-Payment on their American Dream. 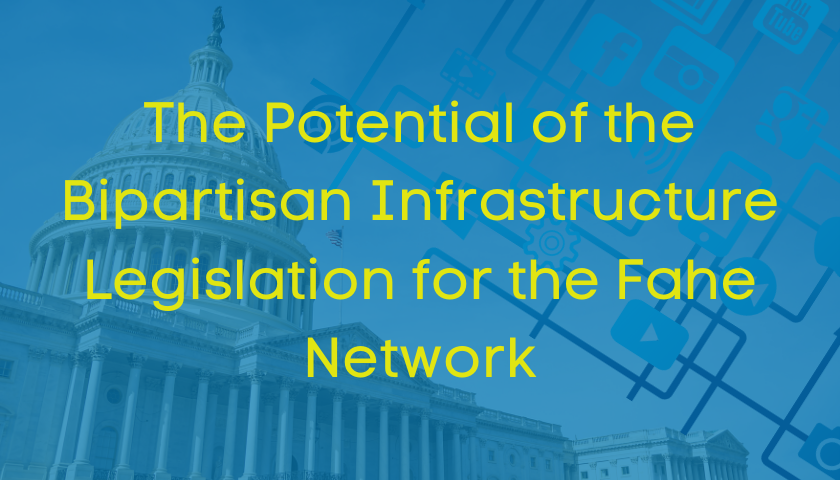 Pundits have sometimes used the term “infrastructure week” as a tongue-in-cheek catchphrase to describe ambitious, substantive policy proposals that are likely doomed to fail amid Washington’s partisan gridlock. While elected officials often highlight dilapidated buildings and unsafe drinking water in their home districts and states, it can seem nearly impossible to break through the Beltway stalemate and pass meaningful legislation to address our country’s infrastructure woes.

Earlier in August, the Senate finally overcame its political lethargy on infrastructure and passed a $1.2 trillion Infrastructure Investment and Jobs Act. This bill focuses primarily on traditional capital outlay investments in transportation assets, such as roads, bridges, and railways. To the pleasant surprise of many political onlookers, the legislation found broad bipartisan support, clearing the Senate on a 69-30 vote.

This proposed legislation calls for investments totaling $110 billion for roads and bridges and $55 billion for water systems and water infrastructure.  Importantly, it includes $65 billion for broadband investments, with several provisions that align with Fahe Members’ specific policy priorities on broadband.

Fahe estimates that over $80 billion may be needed to cover all Americans at quality broadband speeds. Although the $65 billion in broadband spending included in this legislation will fall short of extending coverage to every household, it promises to dramatically expand construction of the “middle mile” of fiber and data networks necessary to digitally connect millions of Americans with high-speed services. Specifically, the “Broadband Equity, Access, and Deployment Program,” as it is termed, will be created with $42.45 billion in federal grants to prioritize broadband projects in underserved areas, including rural localities and persistent poverty communities where large portions of the local population have lived in below-poverty conditions for the last three decades or longer.

Encouragingly, the infrastructure legislation mirrors many elements of Fahe’s early 2020 position on broadband.  They each identically define adequate broadband as 100 mbps download speed and 20 mbps upload speed—an important quality standard to ensure consistent expectations for our communities’ return on their public investment. This speed threshold allows families to conduct daily tasks online without serious interruptions or lingering service slow-downs. Like Fahe’s policy proposal, the bill also focuses on building broadband infrastructure correctly the first time, referred to as the “build once, build right” approach, so taxpayer resources are not squandered on duplicated efforts or needless corrective construction costs.

Moreover, both the legislation and Fahe’s policy position place an emphasis on funding hard broadband and data projects for the most digitally isolated communities. They each provide exemptions for non-federal match requirements in order to obtain grant funding for broadband infrastructure in persistent poverty counties. Such exemptions allow chronically underserved communities with fewer local resources a fair opportunity to access these funds and deliver services to the neighborhoods where they are most needed.  Similarly, a pilot project run by the Department of Agriculture’s Rural Utility Service known as the ReConnect Loan and Grant Program would be made permanent under the bipartisan bill.  With a $2 billion investment, this program would fund construction and equipment costs for broadband in eligible rural areas.  It also would exempt from a non-federal match projects that serve populations where more than 75% of the communities are classified as persistently impoverished.

In addition to funding progress on hard infrastructure to secure broadband access in rural, isolated, or underserved areas, the legislation also doesn’t neglect to address affordability barriers as well.  Reflecting Fahe’s original position on strengthening broadband cost assistance for low-income residents, it aims to make permanent the Emergency Broadband Benefit, which was initially part of the December 2020 federal coronavirus relief package. This benefit allows qualifying families to receive monthly assistance dollars to use towards their internet service costs, helping financially struggling households secure the digital capacities they need to stay connected and re-engage in an increasingly virtual economy.

Even in examining the bill’s proposals outside the scope of broadband, there are a number of other high-priority expenditures that will invest in disadvantaged Appalachian communities. Among them is a $500 million investment in the Low Income Home Energy Assistance Program (LIHEAP) for weatherization of private homes. This program helps participants save money on energy costs by insulating their homes more effectively.  It also allocates $1 billion for the Appalachian Regional Commission (ARC), as well as $11.3 billion over 15 years for the Abandoned Mine Land Fund to help coal communities clean up and repurpose former mining sites into economically viable commercial, industrial, agricultural or residential developments.

These provisions within the infrastructure bill have the potential to materially uplift the day-to-day lived experiences of countless families in the communities that the Fahe Network serves. Such investments yield the greatest impact when paired with guidance from local leaders and experts in the community development, housing, and economic and workforce development disciplines. Fahe Members have seen firsthand the gaps in their local infrastructure materialize and evolve over time. As the bipartisan infrastructure legislation now advances to the House, the Fahe Network stands ready partner with federal administrators to maximize the impact of these investments. We also will stay vigilant so that in the near term, investments are made so that affordable broadband can be accessed by each family in our nation. It’s an important step to reaching their American Dream.

Sarah Weintraub
Sarah Weintraub serves as Fahe's Policy and Communications AmeriCorps Member through the Appalachia CARES program. She holds a B.A. in Political Science from Amherst College. In her free time, she can be found reading or exploring the outdoors.