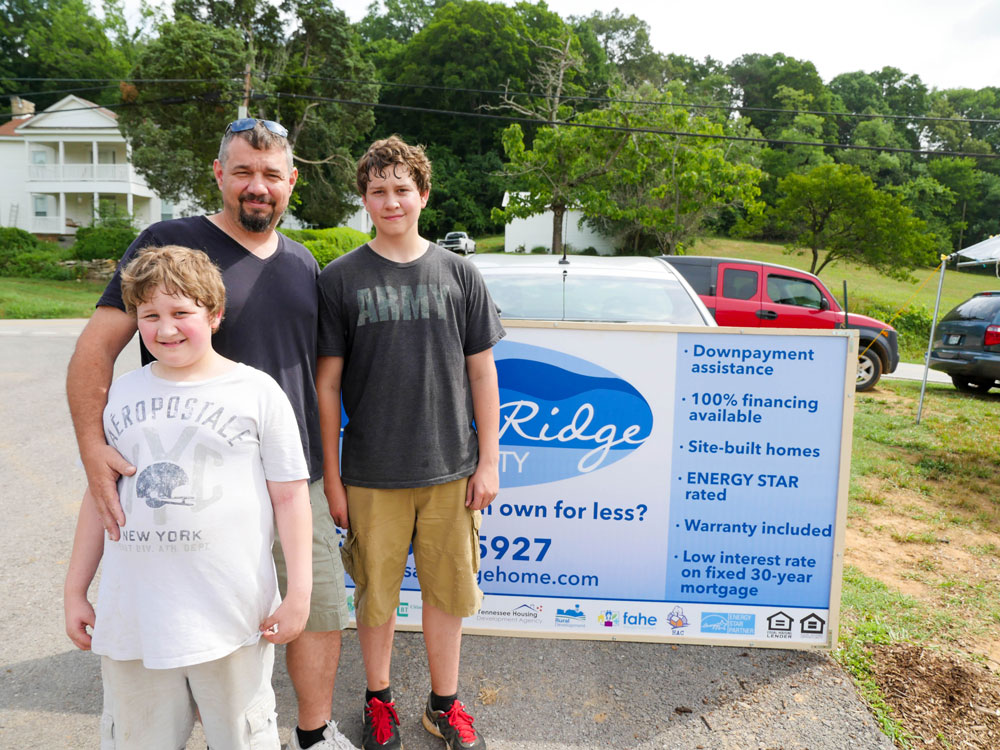 Jeff is a single father of four children – two sons ages 16 and 10, and twin daughters who are 15.  He’s always dreamed of owning a home large enough for his family to live comfortably and in a safe neighborhood where his children would have a chance to be part of a healthy community.  And like all parents, Jeff is already making plans for his children’s future, budgeting and figuring out ways for them to hopefully go to college.

However, Jeff and his family have faced a few obstacles in the path of their dreams.  Along with dealing with the difficulties of being a single parent, Jeff also deals with back issues which have required five major surgeries over 20 years.  His back injuries have resulted in the family living on a limited income which prevented them from purchasing the home they dreamed of.  Instead, Jeff and his family lived in a doublewide trailer that he set up himself on family land. As with many manufactured homes, it was a nightmare when it came to maintenance and energy usage.  Too much time, money, and effort went into the home and it became unsustainable.  For the future of his family, despite the pain it caused, Jeff decided to move away from the family-owned property and into a low-income rental home.

Luckily for Jeff, the home was owned and maintained by Clinch-Powell RC&D, a Fahe Member based in Rutledge, TN, and that would make all the difference for his family’s future.   Jeff developed a relationship with the staff and after a year and half of living in the rental home, he decided to apply for a position as an Appalachia CARES / AmeriCorps member working with Clinch-Powell.

“It’s always been important to me to give back to the community and pay it forward,” said Jeff.  He said that he finds the work around helping the communities and families fulfilling and it serves as a valuable lesson and example for his children.  “I teach them that giving is how you receive.”  It’s a lesson that has paid off as his daughters volunteer their time with Clinch-Powell for Beta Club and his oldest son has also served with AmeriCorps.

During the time he has been working as an Appalachia CARES / AmeriCorps member, Jeff decided to go through the process of becoming a homeowner.  Thanks to the resources available to Clinch-Powell, Jeff would qualify for a home if he went through the necessary steps.  “I’ll admit that the process hasn’t always gone as fast as I wanted, but now I realize that it takes the time it takes and it’s worth it.  Soon we will be moving into a new home.  Patience really pays off.”

Jeff and his family’s new home is fast approaching completion and soon they will be moving into Pleasant Ridge, a mixed-income community built by Clinch-Powell.   Jeff applied for a USDA 502 Direct loan which has been packaged through Fahe’s mortgage division, JustChoice Lending.  The 502 Direct Packaging Program has proven very successful in supplementing the diminished staffing capability of the USDA and in supplying this valuable resource to remote areas through the Fahe Membership where it would not normally be available.

“The Pleasant Ridge community is the perfect place for me and my family,” said Jeff.  “With my ties to Clinch-Powell I have managed to meet all of the residents who live here, so we are going into a safe community where we already know people.  There are other kids in the area and this will be the first time my children have a chance to be part of a community.  And on top of that, it will be cheaper to own the house than rent.”

“I appreciate everything that Clinch-Powell and Fahe have done for me and my family.  They are helping me get a home far beyond what I ever dreamed.” 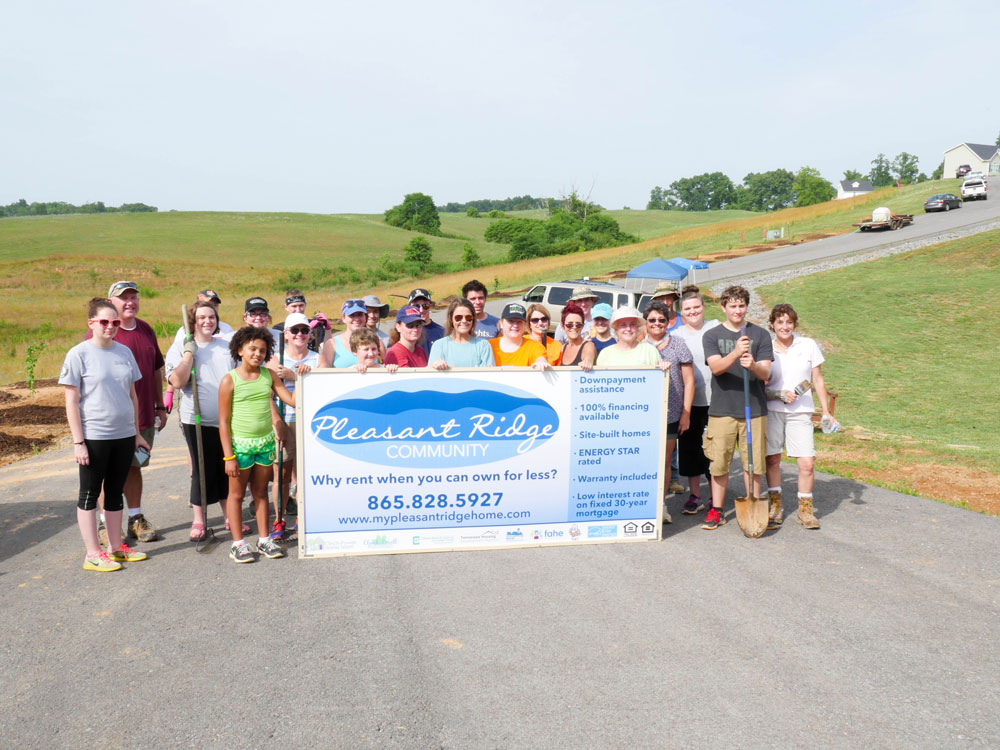