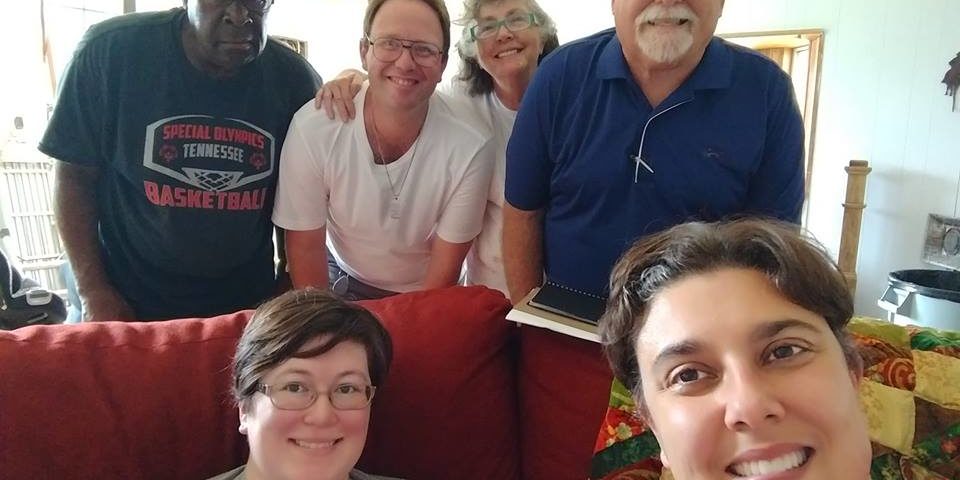 One of the issues local leaders in Appalachia face on a regular basis is lack of access to capital and expertise due to a chronic underinvestment of the region. These leaders have the skill and determination needed to get the job done, but the lack of available resources can hamper their vision.  For nearly 40 years, Fahe has worked to cultivate the deepest reaching platform to connect investments to boots on the ground leadership.  This connection has allowed local organizations to provide long lasting impact to their communities.  One of the ways Fahe connects to local leaders is through our Community Lending Services department which provide community lending loans to nonprofit and for-profit organizations and developers across Appalachia with a focus on community development in rural communities.  Recently Fahe had the pleasure to work with a new group starting up in Tennessee who was in need of this specific service.

Nestled in Blount County, Tennessee, a special home is being prepared to serve the community in a big way. Later this month, Open Hearts Open Arms (OHOA) will officially open this home to serve adults with intellectual disabilities. OHOA is a nonprofit organization that provides a variety of support services to adults with intellectual disabilities and individuals who have aged out of the foster care system. OHOA was founded by Richard and Wanda Ellis after the family endured years of frustration surrounding their son Robby’s medical care. Robby, 38, was three years old when he was diagnosed with an intellectual disability and he requires around-the-clock care.  After being let down again and again by the programs and agencies promising help for Robby, the Ellis family decided it time to take matters into their own hands. “We got frustrated over the years and we’ve seen the failures of a lot of programs,” said Richard. “We said to heck with this, we’ll start our own agency and do it the way we feel it needs to be done, not only for our son, but for our community.”

In 2016, alongside James Suddreth and Cindy Faller, the Ellis family made OHOA a reality. The first step in accomplishing this was to get the organization chartered by the state of Tennessee. After going through an intense application process, OHOA was denied on their first try. Determined as ever, Richard bought a policy writing guide and went through it page by page as he reviewed their application. On the second attempt, they were denied again. Bewildered by the denial, but not deterred, the group did everything in their power to get their application reopened. Finally, on the third review, that state approved their application. As an official chartered agency, OHOA could seek out funding.

During their search for funding, they learned about Fahe and were connected to the Community Lending Services department. “When I talked to them, they were so encouraging! They told me to get my 501(c)(3) tax exempt status and they would help with whatever we needed,” said Richard. While it was it crucial for OHOA to be classified as a 501 (c) (3), the application process is not cheap. With little funds available, the group began selling whatever they could to raise enough money to apply. After months of fundraising, they were able to submit their application and were approved!

Richard returned to Fahe’s Community Lending Services and were approved for a $60,000 line of credit. The group was ecstatic to learn this! However, they quickly realized they were going to need a little more to finish filing paperwork and start operations as they waited for reimbursements from the state. After expressing the need to Fahe, OHOA was approved for an additional $20,000, which was enough for OHOA take care of all their needs.

Now, three years after beginning their journey, OHOA is officially ready to open their doors and begin accepting clients later this month. The very first client is the person who inspired it all -Robby Ellis.

OHOA will provide a variety of services to adults with intellectual disabilities including day services, supported living, semi-independent living, personal assistance, and respite. As OHOA continues to grow and gain support, they will also be able to provide additional services for emancipated youth, and down the line, veterans in/around Blount County, TN. The Ellis family and their board members are all incredibly excited to finally be able to serve those around them.

We’re very excited for OHOA and we’re proud to be part of their journey.  Our CLS division has helped to fund many exciting community projects such as Beattyville Hope Station, the Pikeville YMCA expansion, and the Tusculum University renovation.  When local leaders have access to affordable capital, they’re able to make great changes and long lasting impact for the people of Appalachia.

To learn more about Open Hearts Open Arms and stay up to date with their journey, follow the links below:

Olivia Brock Schemanski serves as Fahe's Communication VISTA. She holds a BA in Business Administration with a minor in Public Relations from Eastern Kentucky University. She's an avid lover of music and in her free time she enjoys photography, going to concerts and re-watching "The Office."