The Importance of Townies 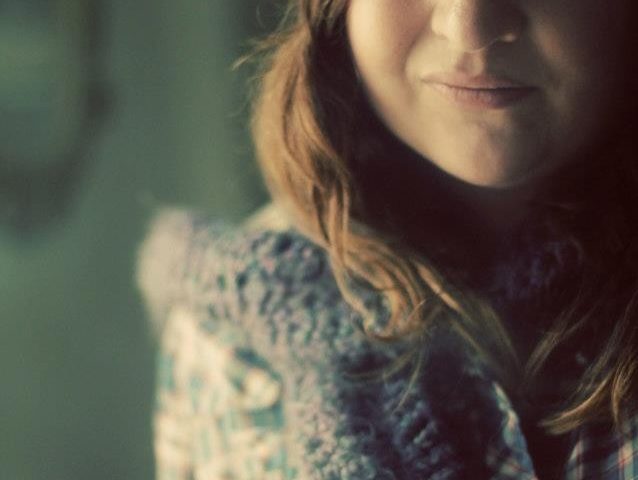 Erica's self portrait to kick off The Townies. Erica’s self portrait to kick off The Townies.

I waited for Erica Chambers at a local Mexican restaurant in downtown Richmond, KY known as Mexi Hollywood. It’s a small establishment, but it’s colorful, lively, and welcoming like all the shops down Main Street. Erica walked in with a smile and began talking with our waitress about how great the restaurant looked after recovering from a recent fire. She knew Mexi Hollywood as intimately as she seems to know every other building and person in downtown.

Erica is a photographer, but even more important she’s a fixture of Richmond. Every time that I’ve met her, I’ve seen her surrounded by friends. Erica has a way of making you feel welcome and she’s clearly never met a stranger.[pullquote]The downtowns are the living rooms of a city. They are the community rooms. [/pullquote]

I asked to interview Erica because recently she put together an art installation named The Townies: Portraits of Our People, which showed at the local art gallery, Gallery on Main. I originally learned about the project because my wife works downtown at Café Meeples and was asked to participate. What really piqued my interest was the description for the Facebook Event: “The Townies is an on-going installation of portraits that celebrate our downtown community and culture. From those who have been rooted here for decades, to the new kids on the block, and every character in between, I am honored to not only brush shoulders with these people but to document those who contribute to the fabric of the heart of Richmond.” That statement grabbed me because a lot of the smaller towns in Appalachia revolve around their main street; their lifeblood is the local shops and people. I was excited to see someone celebrating this in my town through art and culture, something that is important to me and something that I feel more people need to understand and appreciate when it comes to Appalachia.

“Why did I do The Townies?” Said Erica. “I love people. I wish I had something magical to say, like ‘I want to change the world’, but it’s because I love people. I came to Richmond in ’97 for college and I meet interesting people all the time and I feel their stories should be told.”

The subjects for the installation ranged from Mrs. Currier who runs Currier’s Music World, to Cowboy, a street musician who was actually playing music for his freedom in front of a judge at the courthouse across the street from Gallery on Main while his two photos were on exhibit. “I picked the people for The Townies based on my relationships,” she said. “There are some folks doing some major things downtown and there are other people, just as important, who are sweet, welcoming and are the heart of the area. The downtowns are the living rooms of a city. They are the community rooms. These people who make it need to FEEL how important they are.”

Erica feels that she accomplished this at least with Mrs. Currier. After seeing her pictures, she made photocopies and replaced the front labels inside of dozens of packages of guitar strings on the shelves. “She’s proud of that photo,” said Erica. “Who knew it would affect her like that?”

Erica was originally inspired to become a photographer by a cousin she admired. He took pictures for the calendar at his work place and every time she saw him, she asked for new photos. On her 13th birthday, her father bought her cousin’s equipment and gave it to her as a gift. Since that day, she has not missed one single week to take photographs. Erica admitted that she had an ulterior motive in presenting The Townies. While she loves Richmond, she doesn’t feel there is much life within the arts and culture scene. “Why do people travel to Asheville, Lexington, or Berea? Generally for culture and art. Richmond doesn’t have much of an identity. Yet.” One of her main goals for The Townies was to get people out and about downtown and experiencing everything the city has to offer. If they can get just a glimpse of what Richmond offers through the story of the people, then maybe they’ll have more of an interest in Richmond itself. “I bet a third of the people who showed up to the exhibit didn’t even look at the pictures. But they came downtown.”

Recently, Erica has been appointed Chairman of Gallery on Main. The appointment brings with it lots of responsibility but also lots of potential for Erica’s dreams to grow. “Art makes people excited. Art makes a town feel alive. I want to create passion and a strong community.”

I attended the closing event for The Townies and I have no doubts that someone as passionate as Erica will make her dreams come true. I look forward to a growth in the community and a chance for more people to step forward and tell their own stories in Erica’s new space and other spaces that will surely crop up.