Serving These Who Have Served: Helping One Veteran Find Financial Stability

Fighting Drug Addiction in Appalachia One Class at a Time 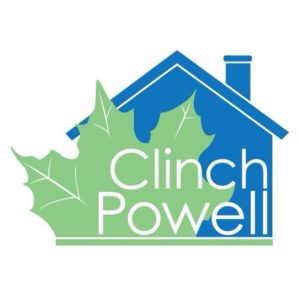 Our veteran story for today comes from Fahe Member Clinch-Powell Resource Conservation and Development (RC&D) Council.  They serve East Tennessee with emphasis in Claiborne, Grainger, Hancock, Hawkins, Union, Hamblen, & Jefferson counties with a mission to serve the needs of their communities, to protect the environment, and to enhance the quality of life of the people of the area through leadership, education, volunteerism, and action.

Serving These Who Have Served:  Helping One Veteran Find Financial Stability

Roger is one of the nicest people you will ever meet. He has a gentle spirit and is always ready with a smile, but Roger is also a fighter. He fought for his country, entering the National Guard in 1975 and being called into active duty service three different times over 30 years, including overseas active duty missions during Desert Shield and Desert Storm. He returned to Guard Duty in 1991, and finished up his 30 year career as an instructor with the National Guard 100th Division in Louisville, KY.  Roger has fought battles as a civilian as well, having spent several months battling serious medical illness.

Roger initially became connected to Clinch-Powell through his position as an exterminator. Month after month for years, he was in and out of the office getting to know the staff and becoming part of the Clinch-Powell family. Three years ago, he shared with Susan, our counseling and client development manager, that he was losing his home. Susan immediately gathered all of the information to see how Clinch-Powell could help.

Roger and his wife had been in a lease to own situation making payments for 17 years. The owner passed away leaving the leased home to his son who chose to do something different with the property. Using a single late payment fee that was owed from years past, the new owner was able to demand full payment and issue a 30 day eviction notice. They were devastated.

Susan discussed the situation with Executive Director Lindy Turner. There was no legal course of action to fight the notice of demand. Roger and his wife had good credit, but they could not qualify for a home loan because of high debt. Like many Americans, they had been caught up in the cycle of payday loans and high interest debt from finance companies.

Clinch-Powell had recently developed a new “Rent Until You Own” program, and staff were looking for a candidate for the pilot program. The couple’s situation made them the perfect fit. Not to be confused with typical “rent to own” lease purchase agreements, Clinch-Powell’s “Rent Until You Own” program is designed to open the door to homeownership for clients who have an immediate need for stable housing and a goal of owning their own home, but who have barriers that are preventing them from moving forward in the near future. Program participants rent a home from Clinch-Powell for a predetermined amount of time, and, as part of the lease agreement, work with Clinch-Powell during their tenancy to overcome budgeting, debt and credit issues. A portion of their rent goes into an escrow fund that can be used upon purchase of the home. Once the issues are resolved, the tenant then purchases the home from Clinch-Powell with a quality, affordable home loan.

The couple moved into the rental home and began working with Susan on budgeting and debt management. It became clear early on that their debt load was unmanageable. Medical debt and over $8,000.00 in fast cash debt made the possibility of getting ahead slim. Clinch-Powell agreed to provide an affordable debt consolidation loan to the couple and roll the payment into their rent payment along with an escrow cushion to prepare for the future home loan. Their rent payment was not only less than the $795.00 per month they had been paying in their previous lease to own agreement, but was also set at the amount that was expected to be their future mortgage payment in order to allow for a smooth transition from renting to owning.

After three years of on-time rental payments and determination, their consolidation loan was paid in full, and their debt had been reduced by more than $300 per month, allowing them to qualify for an affordable home loan through Clinch-Powell’s lending partner Fahe. They were able to walk away from the closing on their home with a check for $1,600.00 to start their emergency savings fund.

The HOME Investment Partnership Program Offers Families a Down-Payment on their American Dream.