Threat to Protections Against Predatory Loans Would Hurt Our Economy 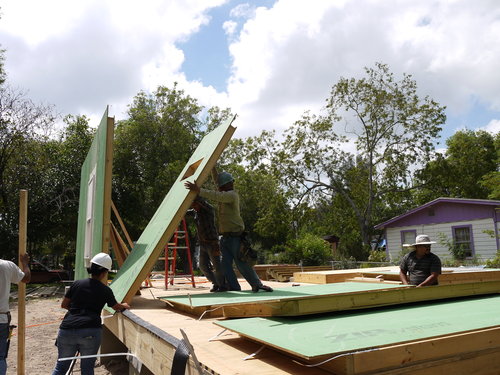 Fahe is proud to work alongside our colleagues in the Persistent Poverty Working Group (PPWG) to change the narrative about what is possible for rural places. Consisting of representatives from Appalachia, the Delta, the Colonias, and Indian Country, the PPWG has a shared vision for a better future for rural America. We are invested in one another, even while we work to change the trajectory of disinvestment that has held our regions back.

Historically, it has been difficult to hope that we can make a difference in rural places at a scale that would break the reign of poverty in the persistent poverty areas that we serve. We know that by working together and pursuing shared goals, we can create lasting change on the ground.

One result of our collaboration is a new strategy that aids families when they are most vulnerable, in the aftermath of a natural disaster. HOPE, Fahe, and Communities Unlimited all serve Alabama, which was recently devastated by a series of tornadoes that occurred over the course of just nine days this spring, on the footsteps of the 46 tornadoes that tore through the state in 2018.

Yet another PPWG member, The Community Development Corporation of Brownsville (CDCB), developed an innovative solution for families recovering from natural disasters: a “house in a box” model that, unlike a FEMA trailer which is typically hauled off and scrapped after new housing is built, can be the first step toward the construction of a new residence for people displaced by disasters.

RAPIDO, or the Rapid Housing Recovery Pilot Program, is a holistic approach that enables communities to recover from disasters within months instead of years. A scalable, temporary-to-permanent system, RAPIDO emergency housing can be constructed locally in three days; it can then be transported on a standard flatbed trailer and completed onsite in just four days. Families participate in a one-on-one process with a designer, and the temporary housing is expanded into a permanent home that meets the family’s needs and preferences. This innovative model gets families back home within six months, instead of the six years that has been the norm with previous interventions.

The RAPIDO model starts recovery prior to disaster and recognizes that disaster recovery is about more than housing; it’s also about community outreach, case management, and policy. As the backbone organizations in our communities, the members of the PPWG are well-situated to champion this model, which will foster resilience in the communities we serve, when they need it most: on the heels of devastating disasters.

By combining forces to further the innovation (RAPIDO) provided by a member of the PPWG, more families will ultimately benefit from our partnership.