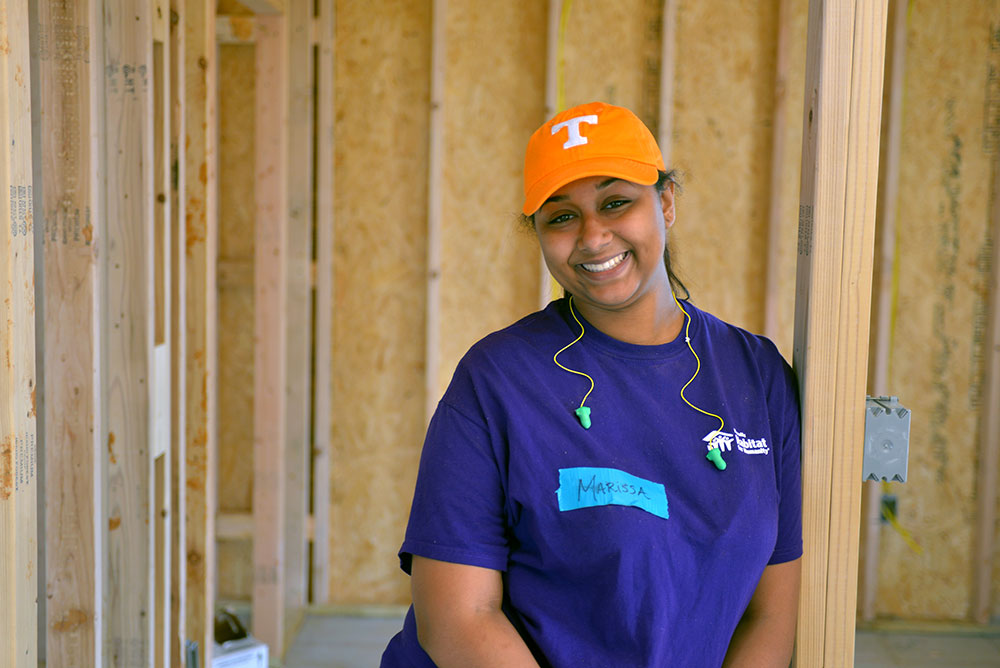 As a young, single mother, Marissa desired for two things above all else: a safe home for her son and for her life to not become a statistic.

The path to Marissa’s dreams was not a clear course.  She had her son one month before turning 17 while still in high school, her father was laid off from his job, and the family which consisted of  Marissa, her mother, father, brother, and now her son were forced to move into a smaller home.   Her situation was a similar story that many single, young mothers have faced and which often turns into a tale of hardship or tragedy.  However, Marissa refused for that to become her life.

Thanks to the strength she found from her family and God, Marissa was able to finish high school early while maintaining two part-time jobs to help support her family.  Marissa was able to experience her parents successfully completing Fahe Member Knoxville Habitat for Humanity’s homeownership program and buying a home.  The experience motivated her to become a homeowner and thanks to the strength she found  from the support of her family, she knew that she could do the same.

Marissa has gone through the homeownership classes and put in the hours to build her own home.  The experience alone was enough to make her appreciate the opportunity she’s earned to become a homeowner.   She feels safe and secure in the neighborhood because she’s met her neighbors (who are also going through Knoxville Habitat) while working on her house and theirs.

Now her son has a safe environment in which to grow up.  Now Marissa can say that she’s not just another statistic.  She has a full time job and her house will be paid off by the time she’s her parent’s age.  It’s a lot for one young woman in her early 20’s to have accomplished.

“I’ve worked hard for my son. I want him to have a stable and safe home environment,” said Marissa. “I’m thankful for the opportunity that I have been given to own my home at this age.  I hope my story can be an inspiration to other single parents going through difficult times.”