What Goes Around Comes Around: CHEF Intern Gives Back

When Nathaniel Clark went off to school at Eastern Kentucky University in Richmond, Kentucky, it was a very different living experience than he was accustomed to. “I grew up in McCreary County, Kentucky. It’s extremely small; there’s no Walmart, three or four stoplights, overall a very rural area.” In contrast, Richmond has fast food, small business, and large department stores contributing to a very urbanized area. He and I laughed about the adjustments that we both made coming to such a totally accessible area. His internship area of London, Kentucky is significantly larger than his home in McCreary, which isn’t surprising due to its classification as a micropolitan area. The organization that he interns for is the Southern Tier Housing Corporation, which supplies affordable, energy efficient housing to six counties in Kentucky through conventional construction methods and the factory-built HBEER model. STHC is a subsidiary of Fahe Member Organization Kentucky Highlands Investment Corporation. 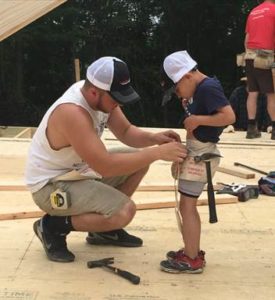 His desire to build things came from years of experience. According to Nathaniel, he’s been doing so since he was a child. His father is a contractor and actually builds houses for the organization that he is interning for. Nathaniel will be the sixth generation of his family to work in this field, but he is the first to attend college for it. He is now majoring in Construction Management, going into his senior year. I asked him what the benefits were of getting a four year degree compared to someone going straight into the field or vocational school. “When I get out, I can do any kind of building or construction. I could start out in a management position,” he replied. His ultimate goal, however, is to own his own company or to become a construction manager. He says that he thinks his experience in his internship position thus far will help him to do this. 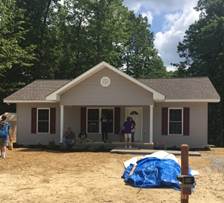 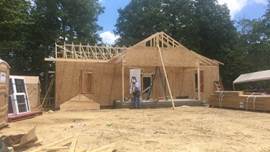 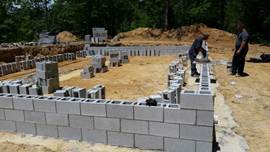 “I participated in an Extreme Build, “he said. “It was pretty intense. We built a house for an extremely low income family in 10 days.”  While a lot of people would possibly find this to be an incredible task, Nathaniel remained humble. “It was just awesome to see everyone come together.” His other duties have helped him understand the other side of construction. That is, he’s learning about the application process that families go through to get to the building stage and also working within assisted living apartments, making sure that they’re safe for residents. “I like that side of things fine, but I’d rather build things,” he told me laughingly.

Nathaniel misses home, but he doesn’t think he will be living there after he graduates college. “I love it. There’s no place like home. There’s just no job there for me, “he explained. Where he lives afterwards will be completely dependent upon job offers that he receives, but he would like to move somewhere further south, possibly near the ocean. “I’d like to help people whose lives are affected by tropical storms,” he said.  Overall, I would have to say that Nathaniel is a very genuine person, and the experience he gains from his internship will certainly go to a good place.