What’s in my own backyard: A CHEF Intern’s take on how leaving home can bring you back again

The Charm of the Mountains

Thinking Outside of the Box: CHEF Intern Exceeds Expectations in Relocation 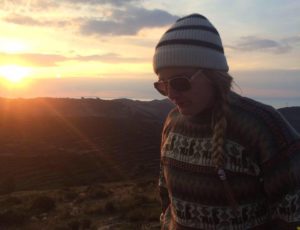 Amanda Jones is the CHEF (Community Housing and Economic Fellowship) Intern working at Woodlands Development Group, a Fahe Member organization in Elkins, West Virginia. Located in Randolph County, just outside of the right panhandle of the state, Elkins offers a wider variety of business opportunities than some of the neighboring cities.   However, it still faces many of the same challenges as the rest of rural West Virginia – a decline in coal jobs, lower incomes, and a need for affordable housing stock to name a few. Amanda grew up in Morgantown, WV, directly north of Elkins, and had a very different experience than many of those growing up in the coalfields.

First of all, Morgantown is a city with a thriving economy. It is the home of West Virginia University as well as the pharmaceutical company Mylan, allowing plentiful employment for locals as well as recent graduates. There is also racial diversity in the area due to the population of WVU and their children. Amanda herself compares it to Pittsburgh. She has a sense of the traditional Appalachian way of life from visits with her extended family outside of Moundsville. “I grew up in my own little bubble,” she said.

The realization of the social boundary around Morgantown came when Amanda was around 9 years old. A girl of similar age who lived near her grandmother came up to Amanda and asked if she had heard a popular song on the radio. She remembers, for some reason, thinking that it was crazy that this girl knew the same pop song that she did and liked it. Even now, she says that she is still considered to be a “city girl” when speaking to locals in Elkins regarding her internship. “It’s the way I speak; the way I dress…I’ve been asked if I’m from the IRS.”

Still, she says that the West Virginia pride is real and thriving and that people from her area are very kind. “There is a lot of pride that comes from being here. I think my family has been here for 5 or 6 generations. The welcome in this area is unlike any other, and the social responsibility that people take on in times of hardship is also unique. “There’s a real helping your neighbor mentality that I saw during the flood last year. West Virginia gets a bad rap, and it was not at all my experience.” 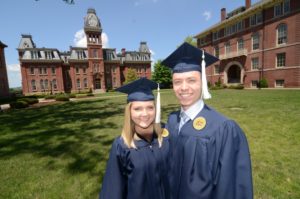 She remained in Morgantown for college at WVU, determined to be a trauma surgeon. After being buried in lab work that she didn’t enjoy, her eyes were opened on a service trip to Brazil. “I worked on a medical boat with doctors in Brazil, and that’s where I learned about service learning. That’s when I know that I could give back how I wanted to without having to do medicine.” From there, she pursued a Bachelor’s in international relations. “I told myself ‘I will find a job that’s service based in health where I don’t have to be a doctor.’” She graduated one year early from that program and is now working on a dual MBA and Masters of Public Health degree from WVU. 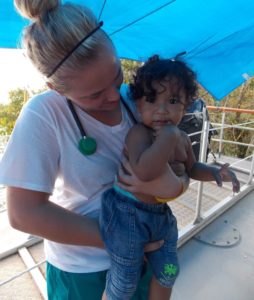 She says that she was considering going to New York University for a time, to the extent that she had already committed to them on paper, but she had an epiphany. “I was like, ‘Why are you trying to run away again when there are still plenty of things to fix where you’re from?’” This train of thought had come from previous service trips to Bolivia and an island off the coast of Indonesia. While in Bolivia, she worked in a disability clinic that also served as a school, and, interestingly, the life lesson she learned from the latter service trip came from not going.

“What I found interesting about Bolivia is that it was, like, the Appalachia of South America. They have similar issues and have already come up with solutions to problems that we don’t know yet how to solve.” 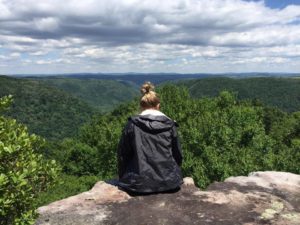 And as for not going on that second service trip? “It just took me a while to appreciate what was in my own backyard,” she said. “I had no idea why I was going to go halfway across the world when I was here. I couldn’t do it. I just didn’t go.” She believes that she can make an impact on poverty in Appalachia in her service work, hopefully by working in Public Health with a nonprofit. “In my work, I prefer quality over quantity. I enjoy service.”